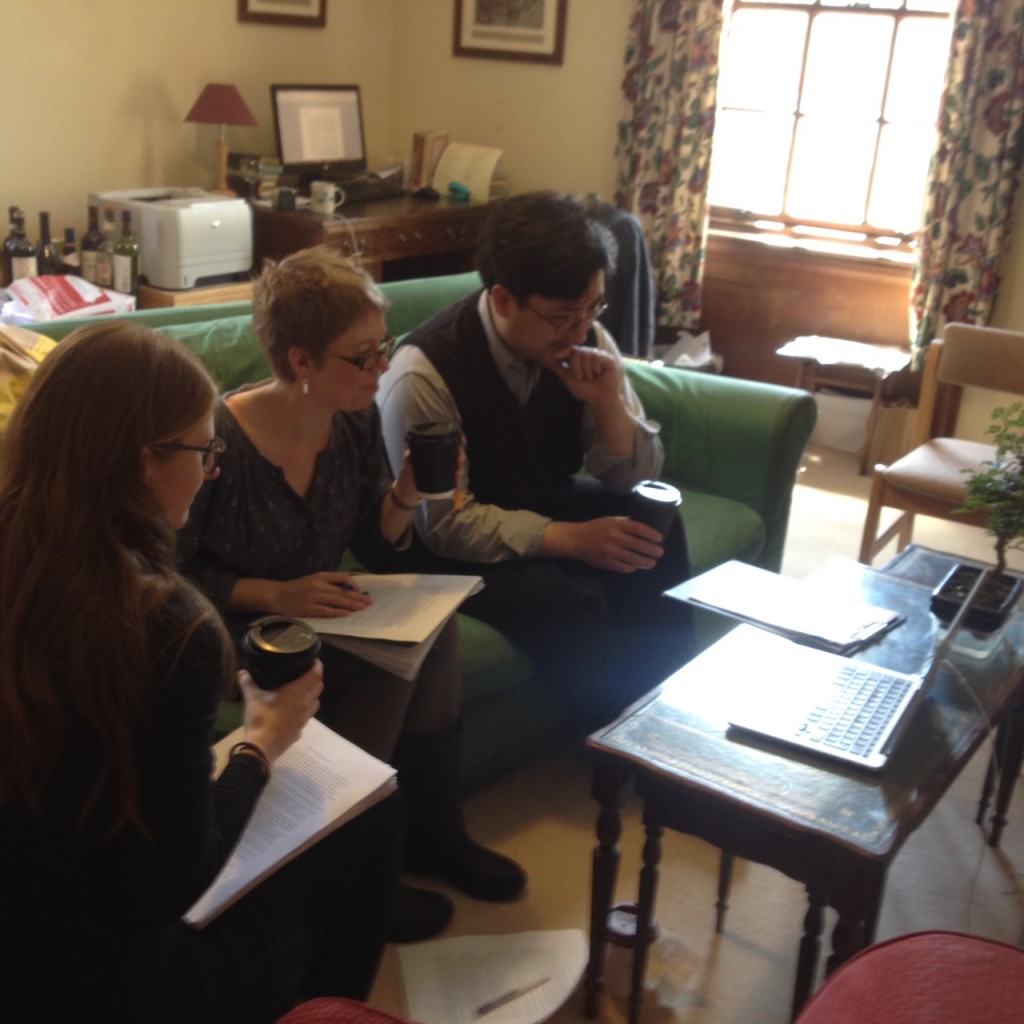 On the 7th of June the Medieval Convent Drama team had the pleasure of recording a podcast with Michael Lueger for Theatre History. I was new to such an experience and was slightly dreading it. Would I even be able to articulate words? What if I suddenly forgot how to speak English?

There was no need to worry; it was a fantastic experience and allowed us all to share our discoveries with one another, as well as with the podcast listeners. It was also quite lovely to be able to explain to someone who is not part of the project why medieval nuns are so valuable to the study of drama.

We touched on various themes: the reasons nuns performed drama, the differences between these plays and other medieval drama, the relation of the plays with the liturgy, their importance when considering gender dynamics in the Middle Ages, the examples of Barking and Huy and finally, the project’s attention to performance.

A significant aspect of our methodology consists of performing medieval plays in front of a modern audience, who might not know anything about medieval drama. Opening our project to the public is extremely valuable to us. Not only does it bring precious research information, it also prevents enclosing the project behind the university walls. One of the goals of our work is to contribute to changing the generally-accepted view that all medieval drama was performed by men. One way of doing this is, of course, by making our research known to other scholars. However, the possibility of having an impact beyond academia and of influencing how people view the past, a past through which we often define ourselves, fulfils this goal in an unexpected and highly rewarding way. Performance gives us this possibility– and we will therefore re-create convent plays in local nunneries– but the Theatre History podcast has provided the project with another way of fulfilling this aim and of reaching a non-specialist audience.

A big thank you to Michael Lueger!

Listen to the podcast here